Last week, the cast of ‘Buffy The Vampire Slayer’ spin-off ‘Angel’ reunited for a 20th Anniversary interview with Entertainment Weekly. Everything from the interpretation of the show & its characters to the actors’ favourite moments were discussed in a lengthy 44:12-long video, which you can take a look at right here. This may have taken place last week, but better late than never to celebrate such a reunion! Without further ado, let’s rank each season of ‘Angel’. [WARNING: This contains SPOILERS, so stop reading now if you haven’t watched the show but still wish to]

It had the return of Angelus. It had the return of Faith. It had a seemingly unstoppable villain in the form of The Beast and elements kept being brought to the table throughout the entire season, turning Season 4 into one huge mess! It simply tried too hard to top the previous season. Things went from Cordelia trying to regain her memories after returning from her transcendence to a higher plane, Cordelia sleeping with and being impregnated by Angel’s son Connor, the team bringing back Angelus because of there being no documentation on the arrival of a new villain called The Beast, discovering Cordelia hasn’t been Cordelia the whole time… you know what, you’re better off watching it and seeing for yourself. I’ve briefly covered most of it and there’s still quite a bit to add. Although it has its moments, it’s a clusterfuck.

Before it all began, whether or not a spin-off with Angel would be a successful endeavour was uncertain. His past was explored in-depth in the 2nd season of ‘Buffy’ and even a bit more in its 3rd season, he was tied so tightly to Buffy herself that it was hard to imagine this guy being capable of helming his own show for very long. The inaugural season put those thoughts to bed when it immediately proved it could not only be successful, but completely different than ‘Buffy’. Solid episodes were given, a formidable foe in Wolfram & Hart was created and this was just the tip of the iceberg of potential. Wonderful highlights included the emotional weight behind the demise of short-term character Doyle and episode 8 ‘I Will Remember You’, inarguably still one of the show’s best episodes.

Everything was kicked up a notch following the resurrection of Darla with the premise of using her to entice Angel to give up his soul. After being in only 3 present-day episodes of ‘Buffy’ regardless of her importance in Angel’s past, turning her into a main antagonist here was a smart move and helped her become deservedly memorable in the Buffyverse. This season became darker than the previous instalment as it teased the return of Angelus the more Angel’s darkness consumed him, we got mature character development of Wesley & Cordelia during hard times and let’s not forget the introduction of Fred while exploring Lorne’s homeworld of Pylea.

‘Angel’ didn’t just become darker in Season 3, it also managed to become more unpredictable. This season showed that writers were able to add more to Angel’s history as Angelus in-between what was previously explored and use that as the premise for a compelling season without completely overwriting anything or making a timeline mistake. The newest villain, Holt, was calculating and meticulous when it came to wanting to kill Angel, yet it never seemed difficult to show he still had a heart. Also, despite it being known that vampires can’t get pregnant, viewers were presented with a plot twist by the reveal of Darla now being with child. The build-up, execution and payoff of this was done elegantly, not to mention how it contributed to the best examples of character development on television for Cordelia and Wesley. In many ways, this was an adroit season. 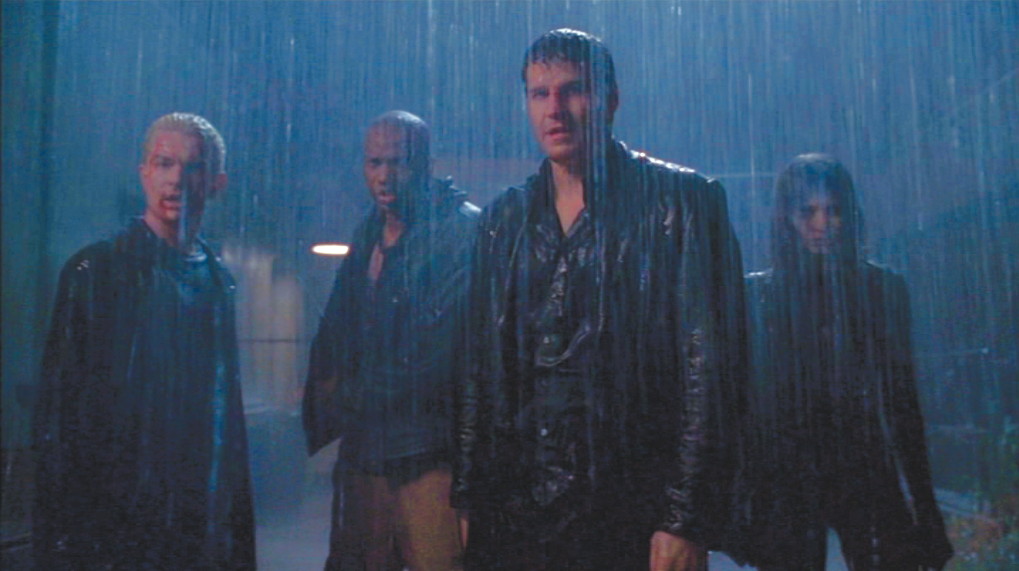 Deciding which season was better out of 3 and 5 was unequivocally a tough one to make, but I believe I’ve made the right decision by granting the Final Season as ‘Angel’s best. 5 years in and the show was completely reinvented without losing what made it great in the first place. A change of scenery was made when Angel Investigations opted to accept the offer to join Wolfram & Hart in an attempt to turn it into a force of good before coming to the conclusion that they must destroy it from within. These characters continued to grow among newfound wealth and corruption as well as resurrecting Spike (both for comedic and competitive reasons regarding the Shanshu Prophecy), giving Cordelia a worthy sendoff and simultaneously killing Fred & introducing Illyria. It’s important for any show to change things up this far into its run and ‘Angel’ was handled excellently in this manner. The comic book continuation proves it would’ve continued to be innovative as time went on.

3 thoughts on “Angel Bites 20: Ranking Seasons From Worst to Best”